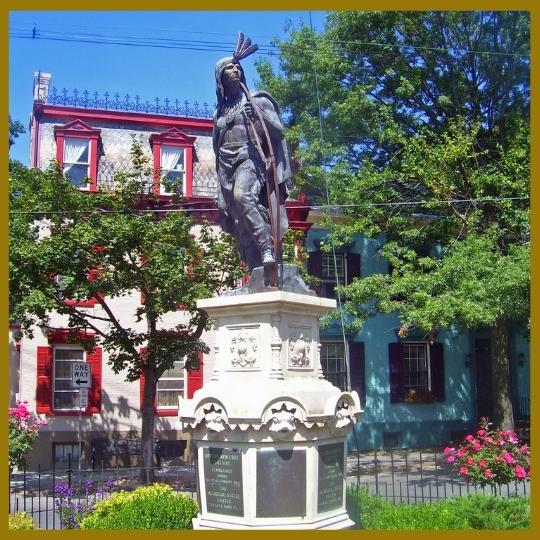 On the first Wednesday of the “warm months,” a.k.a. from now into the foreseeable future, the Schenectady County Historical Society is hosting Secret Stockade tours, which explore the centuries-old neighborhood that is Schenectady’s Stockade. “Walk its storied streets, meet local characters, and learn its legends,” the historical society’s event page read. “Though a national historic district, the Stockade is alive with the smells and sounds of a vibrant, ever-changing neighborhood.” Tours are $30 and by reservation only, and include lunch at Arthur’s Market. The next Secret Stockade tour is Wednesday, May 4 from 10am-1pm.

Need a little background on the Stockade, the first historic district to be established in New York, before taking the tour? We’ve got you covered. After all, many of Kingsway’s residents grew up or spent their adult years living in the Stockade.

The Stockade area was first settled in 1661 by Dutch merchants and fur-traders. After being burned to the ground by French Canadian and Indian raiders and rebuilt, the Stockade became an important part of the supply line during the Revolutionary War; George Washington even visited several times. After the war, the area became the first home of Union College (which moved to its current location in 1814), as well as home to many businesses because of its favorable location on the Mohawk River. Once again, the Stockade was burned to the ground—this time in a devastating fire in 1819—and was rebuilt as mainly a residential area, since the commercial district had by that point moved closer to the recently opened Erie Canal.

It was in this era that the Stockade as we know it today came to be; the neighborhood boasts more than 40 homes that are more than 200 years old, making it the area with the highest concentration of historic period homes in the country, according to the National Parks Service’s records. The neighborhood continued to grow throughout the 19th century as workers were needed for The Schenectady Locomotive Works, for manufacturing jobs during the Civil War, and eventually at General Electric Company. The houses those workers lived in are still standing today, and give whomever walks or drives among them a look back in time at the Schenectady of the Victorian era.

For more information on the Stockade’s rich history, visit historicstockade.org, and to register for an upcoming Secret Stockade tour, visit schenectadyhistorical.org.