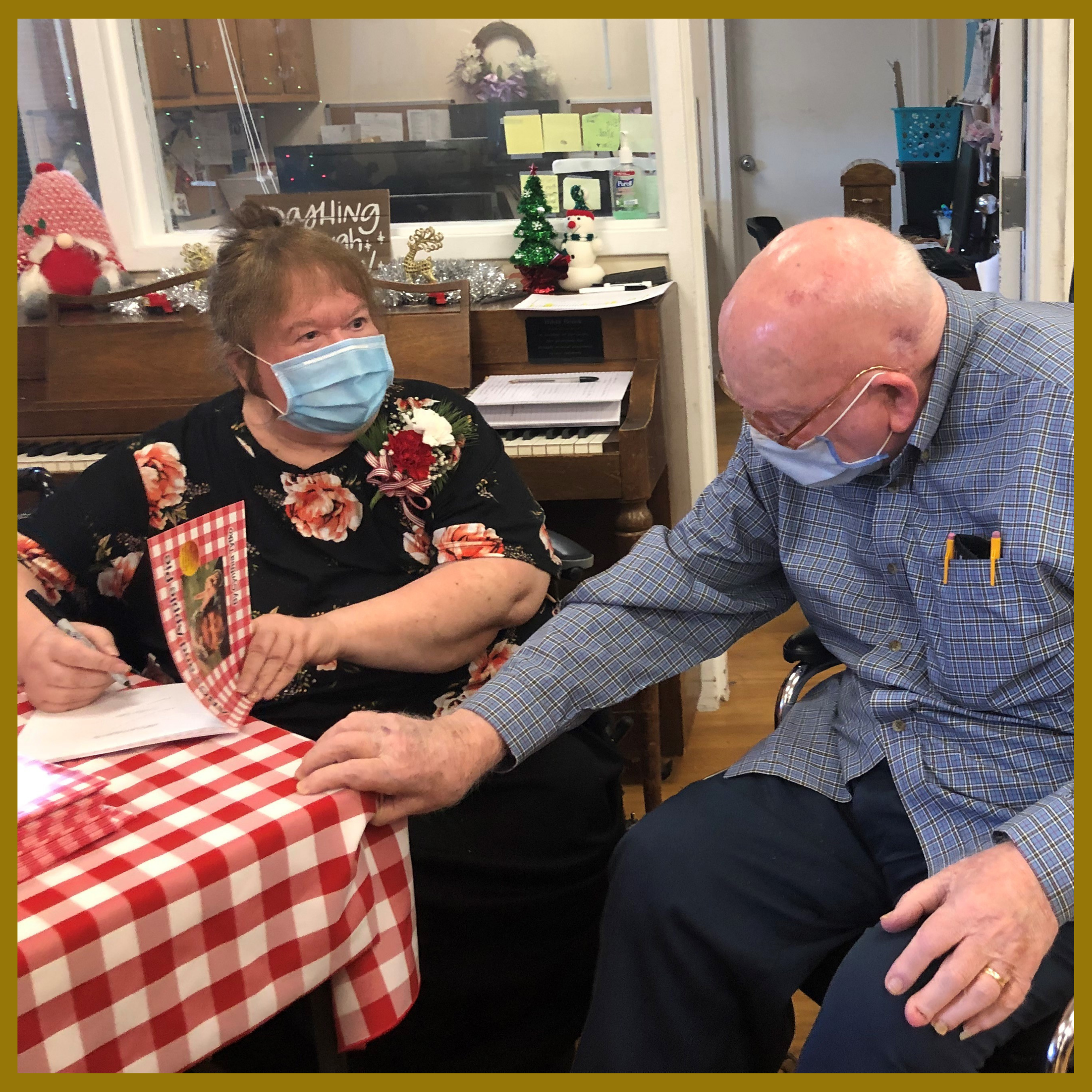 One resident of Kingsway Arms Nursing Home is proving, yet again, that age is just a number. The resident is Cynthia Tytko, a retired speech pathologist who worked with children of all ages for the Oneida City School District.  And what, exactly, has Cynthia done to take everything ageism stands for and flip it on its head? Well, she’s written a children’s book.

That’s right: Cynthia’s book, ABCs and Apple Pie, was self-published on November 1, 2021, and is available on Amazon. “I wanted to write a children’s book because I worked with children for 32 years and I wanted to help them learn,” Cynthia explains. "The book is about using rhyming to teach kids about the alphabet. I came up with the story by using rhymes that I know would relate to the ABCs, and be interactive for parents.”

To celebrate Cynthia’s achievement, and get her book some publicity in the process, Kingsway Arms hosted a book-signing with the author, just in time for Christmas gift giving. Fellow Kingsway residents and staff lined up to get signed books as gifts for grandchildren and great grandchildren, and meet the woman behind the work.  When it comes to making the most of everyday, Cynthia knows that focusing on her goals is important.  When she and fellow resident Barbara R. wanted to find a way to express their feelings about the pandemic, they worked with a Kingsway Community music therapist and to co-write special lyrics set to the music of a favorite standard.  The result? The video when viral and they appeared in on NEWS 10, the local ABC affiliate.

Yet Cynthia is hardly the first author to get around to publishing books later in life: Laura Ingalls Wilder, best known for writing Little House on the Prairie, didn’t publish her first book until she was 65. Even more impressive is author Lorna Page, who published her debut novel, a thriller called A Dangerous Weakness, at the age of 93.

“If someone asked me,” Cynthia says, “I would tell them that no matter where you are, you are never too old to accomplish your goals.”  We agree!  See more pictures of the event and other happenings from across Kingsway Community Facebook and Instagram.