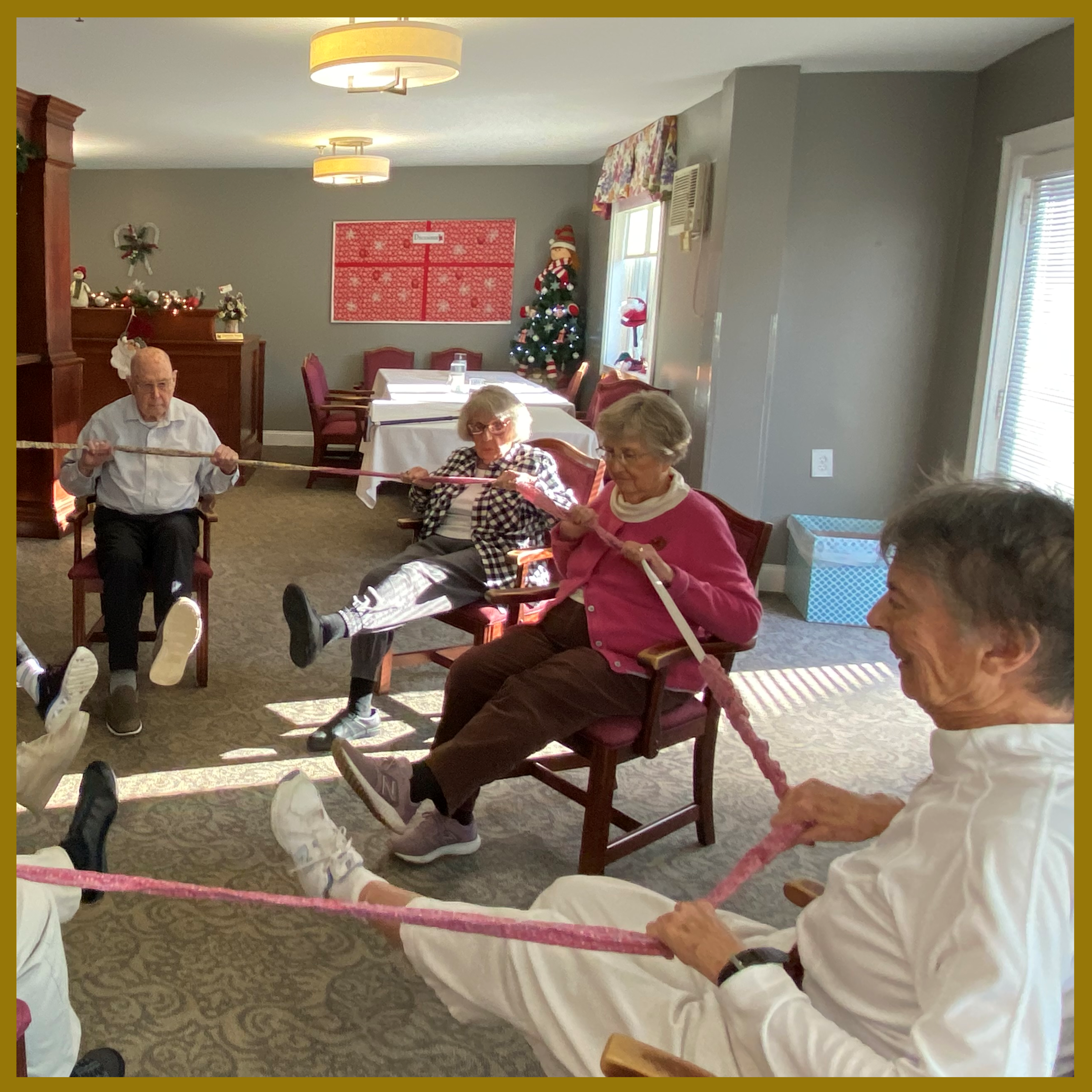 Former nurse and longtime fitness instructor Janet Weick first began teaching wellness classes at Kingsway Community in 1998. She learned the trade from fitness pioneer Bonnie Prudden, who worked with President Eisenhower in the 1950s to promote exercise among young people, and brought her tactics back to Schenectady, where she taught at Union College, the YWCA and, eventually, Kingsway Village and Parkland Gardens beginning in 1998. When Janet moved into Parkland Gardens about six years ago, she didn’t slow down. To this day, the 86-year-old hosts weekly wellness classes for the other residents, using many of the same techniques she learned from Bonnie all those years ago.

“It’s every week on Monday mornings at 10 o’clock,” Janet says of her class that incorporates movement, meditation and music in unique ways. “They have to come on time. If they don’t, they can’t get in because they have to warm up their muscles before they can do the rest of my class.” After warmups, Janet leads the class through exercises that start at the top of the body and move down to the toes, working muscles and joints along the way. She plays music such as Mozart, show tunes and songs from The Sound of Music throughout the class, and utilizes unorthodox equipment, some of which she makes herself. “I have a big, long strap and we get in a circle and we do things with that,” she says. “I also use hula hoops, but not the way you think. Frisbees—Bonnie used to use two frisbees, clapping them together and reaching with them.”

But the 40-minute class doesn’t end there. “After that I have a special routine,” she says. “I pretend we’re going to Hawaii or Tibet—I make up stories. The one in Hawaii is, you climb a palm tree, you do the hula, you walk in deep sand, you paddle a canoe.” It’s that creative streak that led Janet to publish her own book this past fall. Healthy Aging With Imogene and Tuffy is a series of illustrations of and stories about the made-up character Imogene and her dog, Tuffy, that shares stories, advice and wisdom to help others cope with the challenges of aging. “I went to the Schenectady County Community College and took gerontology to understand older people,” Janet says. “Well, now I’m an older person. So I wrote this book and I’m very pleased with it.”